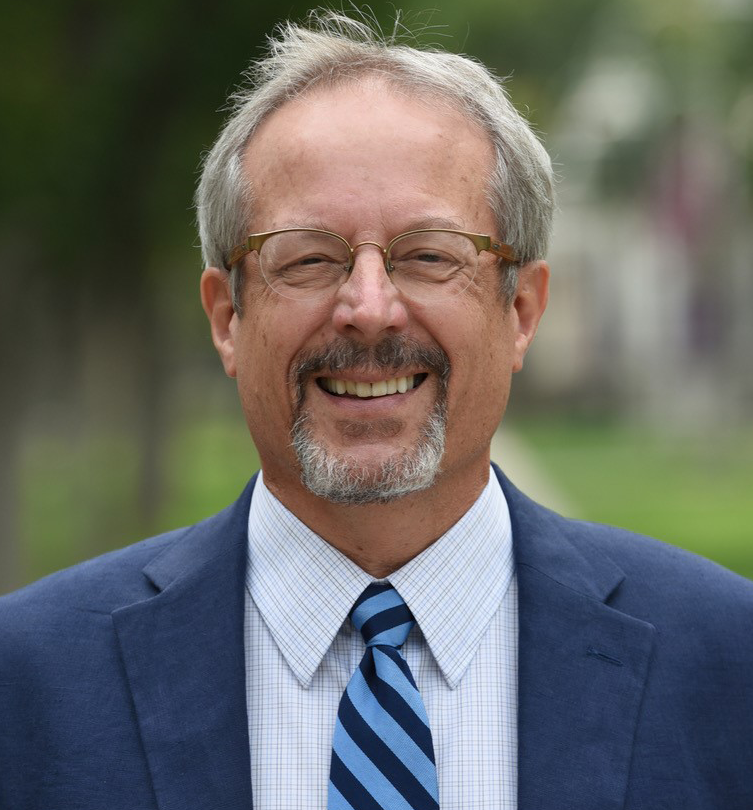 John Ottenhoff has had a long career as a professor of English, academic administrator, and executive officer in educational associations. He received his BA from Calvin College (Grand Rapids, MI) and his MA and PhD in English Renaissance literature from the University of Chicago. He taught at Wagner College (Staten Island, NY) from 1983-89 and Alma College (Alma, MI) from 1989-2007, receiving tenure at both institutions; he holds emeritus status at Alma College.

Throughout his teaching career, Ottenhoff was especially interested in active learning strategies and uses of technology for teaching and learning. He taught a wide range of courses, including Shakespeare and Renaissance literature, general linguistics, literary theory, journalism and composition. His publications range from articles about Hamlet on film, controversies over usage and the dictionary, metacognition, psalm translation, and numerous book and film reviews.

Ottenhoff served as associate provost at Alma College from 2005-2007 and Vice President for Academic Affairs/Dean of the Faculty at The College of Idaho (Caldwell, ID) from 2012-2017. As an academic administrator, he was especially involved in issues of assessment and accreditation, uses of technology, faculty development, and the scholarship of teaching and learning.

Ottenhoff also has experience as an executive in educational associations and grants administration. From 2007-2012, he was vice president of the Associated Colleges of the Midwest (ACM)—a consortium of 14 liberal arts colleges (Beloit, Carleton, Coe, Colorado, Cornell, Grinnell, Knox, Lake Forest, Lawrence, Luther, Macalester, Monmouth, Ripon, and St. Olaf)—where he focused on faculty development projects and was involved in writing and administering more than $5M in foundation grants. He was Executive Director of Foundation and Corporate Relations from 2017-18 at The College of Idaho and Interim Chief Operating Officer of the Association of Governing Boards of Universities and Colleges (AGB) in Washington, DC, from July 2018-July 2019.