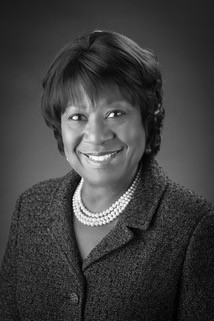 Dr. Pamela Hammond and has worked on all 5 Kresge funded consulting projects that AGB has been affiliated with. She served as the Interim President of Virginia State University where she found an $18 million deficit and under her leadership VSU ended the fiscal year with a greater than $1.5 million surplus. During Dr. Hammond’s tenure academic programs were expanded, the retention rate increased by eight points and the enrollment stabilized with a freshman class boasting increased SAT scores and high school GPAs. Previously, Dr. Hammond held the position of Provost at Hampton University where she served as co-chair of an aggressive strategic planning process and increased faculty submission of grant proposals by 58%. Dr. Hammond has served as a consultant to various organizations including more than a dozen HBCUs. She was awarded fellowships to the Harvard Institutes for Higher Education, Institute for Educational Management and to the American Association of State Colleges and Universities Millennium Leadership Initiative.

Dr. Hammond earned her PhD from Old Dominion University , MS from University of Maryland, and BS from Tuskegee University. She has received both state and national appointments to numerous higher education and healthcare boards and committees.