Institute for Foundation Board Leaders and Chief Executives

The most important relationship for effective governance at institutionally related foundations is between the board chair and chief executive. To succeed, both must work as a team for the sake of the institution their foundation serves and the students who benefit from that service.

New this year, AGB’s Institute for Foundation Board Leaders and Chief Executives is based on AGB’s long-standing and highly acclaimed institutes for public and private universities and colleges.

The value in all AGB’s institute programs is that they enhance the working partnership and governance capability of board chair-chief executive teams.

Step away from the day to day, engage in shared planning, and benefit from expert guidance. Board chairs and chief executives will spend dedicated, structured time together. In doing so they will:

Participants will depart having strengthened their team, found answers to emerging challenges, and created a focused agenda that moves both the board and the foundation forward. 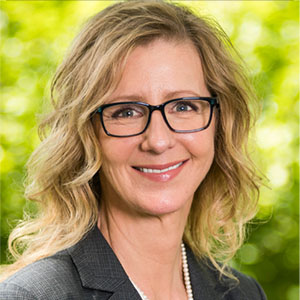 During her three-decade career, Cherí O’Neill has seen higher education from many perspectives, initially working for 17 years at Indiana University in admissions, alumni relations, international recruiting, and advancement. For the past twelve years, she’s worked from the c-suite, first as CEO of the 200,000-member Alpha Chi Omega women’s fraternity, its foundation and its housing corporation; then as CEO of the Ball State University Foundation (her alma mater); and now, as CEO of the $500 million Colorado State University Foundation. As an advancement leader in many of these roles, Cherí raised millions of dollars for the institutions she served. During her career, Cheri has worked for many kinds of universities: A state flagship, a mid-sized regional, a tier-1 land grant, a statewide system, and a multi-campus operation. In her foundation roles, she’s led a bank model (investment stewardship, fund administration, accounting); worked in a decentralized/centralized advancement/foundation model; and led the creation of a unified model (advancement, alumni, and foundation).  She’s also led foundations through multiple university president transitions, and has extensive experience onboarding university presidents and building bridges between university and foundation leaders.  As a board builder and leader, she has decades of experience working with foundation boards and university governing boards; helped highly sophisticated boards continue to grow and evolve; worked with boards that have plateaued, helping them re-ignite, accelerate and change; and developed strategic plans, board assessments, retreats, committee structures, nominating practices, and advanced board diversity. 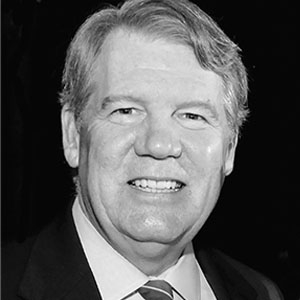 George Watt joined AGB as a senior fellow in July 2017, with a focus on AGB’s support of institutionally-related foundations. In this role, he assists and advises on programs and research supporting the work of public university foundation boards, including AGB’s annual Foundation Leadership Forum, which brings together hundreds of board members and CEOs from across the country for a three-day program focused on governance practice, endowment management, and fundraising leadership. Prior to joining AGB, Mr. Watt served as executive vice president of institutional advancement at the College of Charleston (SC) and executive director of the College of Charleston Foundation. Mr. Watt came to the College of Charleston from the U.S. Naval Academy Alumni Association and the U.S. Naval Academy Foundation, where he served for nearly nine years as the joint president and chief executive officer. Mr. Watt previously held executive positions with First Union Corporation’s Enterprise Solutions Group, as well as IBM Consulting Group’s North American Financial Services practice. He is a 1973 graduate of the United States Naval Academy and holds the retired rank of Captain, U.S. Navy.

Registration Fee – $8,900: The registration fee includes program expenses for both the board chair and the president, private lodging for the nights of June 21 and June 22, meals during the Institute, and program materials.

All cancellations and requests for refunds must be submitted in writing to cancellations@agb.org. AGB will issue a full refund if written notification of cancellation is provided to AGB by April 21, 2021 for the summer program. AGB will issue refunds after the meeting. No refunds will be issued for attendees who cancel after this date. AGB is not responsible for cancellations due to airline disruption, inclement weather or schedule changes.