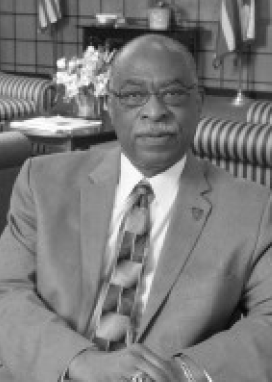 Dr. James E. Lyons has served in a number of administrative positions in higher education, including three university presidencies. In addition, he has served as interim president at Concordia College Alabama, the University of the District of Columbia, and Dillard University. From 2007 to 2010 he served as Secretary of the Maryland Higher Education Commission, where he helped to establish policies for Maryland’s public and private colleges and universities. From 1999 to 2007, Dr. Lyons served as president of California State University Dominguez Hills, a Hispanic Serving university, making him one of the first presidents to have served at the helm of both an HBCU and HSI. Prior to moving to California, he served as president of Jackson State University and Bowie State University.

Dr. Lyons earned his BA, MA, and Ph.D from the University of Connecticut. He has also attended the Harvard Institute for Education Management. He has served on numerous boards, commissions, and committees including the American Council on Education, the National Association for Equal Opportunity in Higher Education, the National Institutes of Health’s Task Force on At Risk Drinking, the US Dream Academy, and two Blue Ribbon Commissions reviewing higher education in Louisiana. He has chaired regional accreditation teams, and evaluated the performance of presidents and Boards, both in the United States and abroad. Dr. Lyons is a former member of the Board of Trustees at Dillard University, and Thomas Jefferson University (formerly Philadelphia University). He currently serves on the Board of Trustees of Alliant International University, and Columbia College Hollywood.