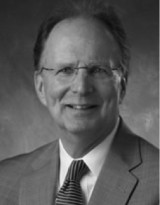 Dr. Kevin P. Reilly is president emeritus and regent professor with the 26-campus University of Wisconsin (UW) System, having served as president from 2004-2013. In collaboration with the UW Board of Regents and the campus chancellors, he developed the “Growth Agenda for Wisconsin,” a long-term vision and strategic framework for what the university needed to do to help Wisconsin and the nation be more competitive in the global knowledge economy. Under his leadership, enrollment grew to 182,000—an all-time high—and sponsored research continued to expand beyond $ 1 billion annually. Both transfer students and the number of degrees awarded rose by 13 percent, with privately donated need-based student aid increasing by 124 percent. Reilly served as chancellor of UW-Extension from 2000 to 2004 and as provost and vice chancellor from 1996 to 2000. A native of New York City, Reilly came to Wisconsin from the State University of New York (SUNY) System, where he was associate provost for academic programs and then secretary of the university. Earlier in his career, he led the New York State Board of Regents office that evaluated and accredited all public, private, and for-profit colleges and universities in the state. Reilly has served on the steering committee for four Wisconsin statewide economic summits.

Reilly served on the American Council on Education (ACE) and has been a member and officer of the board of directors, presidential advisor for leadership, and chair of the ACE Commission on Adult Learning and Educational Credentials. Reilly has been a member of the Higher Education Working Group on Global Issues for the Council on Foreign Relations. He has advised the University of Nizwa in Oman, Qatar University, and the United Arab Emirates University on the development of their institutions. He has also served as President of the National Association of System Heads and is currently a board member of the Wisconsin Academy of Sciences, Arts, and Letters, as well as the Irish American Cultural Institute.