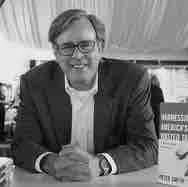 Dr. Peter Smith whose distinguished career in higher education includes serving as founding president of both California State University Monterey Bay and the Community College of Vermont, currently holds a five-year term as the Orkand Endowed Chair and Professor of Innovative Practices in Higher Education at the University of Maryland University College (UMUC). In his role as founding president of California State University Monterey Bay, where he served from 1995 to 2005, Dr. Smith was responsible for building the university, literally, from the ground up. He guided the institution through all stages of accreditation and raised nearly $100 million from external sources for the development of academic buildings and programs. CSUMB is widely recognized for several core characteristics, including an outcomes-based curriculum, a strong science and technology program, the first wireless computer network on a public university campus in America, a focus on first generation college students, and a commitment to service learning as a core component of the curriculum. Just two years after earning his Bachelor of Arts from Princeton University in 1968, Dr. Smith led the effort to design and establish the Community College of Vermont. As the college’s first president, Dr. Smith accepted an additional assignment from the Chancellor of the Vermont State College System to create the Office of External Programs, which included developing the External Baccalaureate Degree program for non-traditional students and a portfolio assessment program for evaluating students’ experiential learning accrued outside of college. After leaving Cal State Monterey Bay in 2005, Dr. Smith was responsible for the supervision and management of more than 700 staff located in more than 30 countries as Assistant Director General for Education for the United Nations Educational, Scientific, and Cultural Organization in Paris, France. In 2007, Dr. Smith joined Kaplan University as a senior vice president for academic strategies and development and more recently served as founding president of Open College at Kaplan University. In that role, Dr. Smith used no-cost Open Educational Resources to support learners who work toward a competency-based degree in Professional Studies. Also at Kaplan, Dr. Smith was responsible for development and implementation of initiatives to improve academic quality, including a set of policies that are considered the gold standard for online and blended learning. Dr. Smith’s work as dean of the George Washington University Graduate School of Education and Human Development from 1991 to 1994 ultimately led to the school being recognized as one of the leading professional schools in the Mid-Atlantic region and among the top 50 in America. Dr. Smith also served his home state of Vermont as a state senator (1980-82) and as Lt. Governor (1982-86), while earning his Doctor of Education in Administration Planning and Social Policy from Harvard University in 1984. He ran successfully for the U.S. House of Representatives as Congressman-at-Large from Vermont and served from 1989-1990. While in Congress, Dr. Smith was a member of the Education and Labor and Government Operations committees and served on the post-secondary education subcommittee.

Dr. Smith earned his BA from Princeton University and his EdD from Harvard University. He currently serves on the boards of NCHEMS, NC-Sara, Vermont College of Fine Arts, Strada Adv. Council on the Future of Work.