Hit enter to search or ESC to close
Home > Robert A. Scott 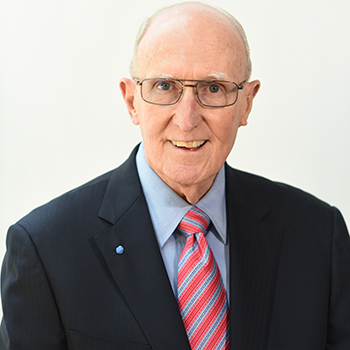 Dr. Robert A. Scott is President Emeritus and University Professor Emeritus of Adelphi University, where he served from July 2000 to July 2015. He also is President Emeritus and Professor Emeritus of Ramapo College of New Jersey, where he served from 1985 to 2000. He is the only American to serve in the three top posts in higher education: head of an independent university (Adelphi); head of a public institution (Ramapo College), and leader of a state higher education coordinating agency (New Jersey and Indiana).

From July 15, 2000 to June 30, 2015, Scott served as President and Chief Executive Officer and professor of anthropology and sociology at Adelphi University. Adelphi was cited by The Fiske Guide to Colleges as one of the nation’s “best and most interesting” institutions and listed among a select number of “Best Buys” in higher education. In keeping with vision of Adelphi as the “engaged” university, he helped the University deepen its ties with the Long Island and regional communities through his award-winning tv show, “Exploring Critical Issues,” and by writing timely columns for Newsday, Long Island Business News, and the Long Island Herald, Schneps Media, and Anton Media Group newspapers. He also served on the board and executive committee of the Long Island Association, the region’s major Chamber of Commerce.

In Fall 2015, Scott served as Senior Visiting Research Fellow at the Rothermere American Institute and as Visiting Fellow at Mansfield College, both at the University of Oxford. For the period 2015-2017, and again during 2018, he served as a Frederick Lewis Allen Room Scholar at the New York Public Library. He has published more than three hundred articles, essays, invited presentations, and reviews in professional and popular journals and newspapers. He is author or editor of, or contributor to, nineteen books, monographs, and edited volumes on public policy, social issues, and postsecondary education.

Scott is an expert on governance and has experience in nonprofit, for-profit, and government organizations. He advises public and private university and nonprofit organization boards and presidents on issues of governance, leadership, assessment, risk, and succession planning. He has conducted retreats and professional development sessions for boards and organizational leaders as well as for corporate leaders, law firms, a federal Ministry on Education, and the New England Commission on Higher Education. He has advised the State of Hawaii on consolidating disparate campuses into a state system and the Middle States Commission on Higher Education on accreditation issues. He also serves as senior advisor to Grant Thornton’s higher education and non-profit practice areas and is senior consultant with AGB Consulting.