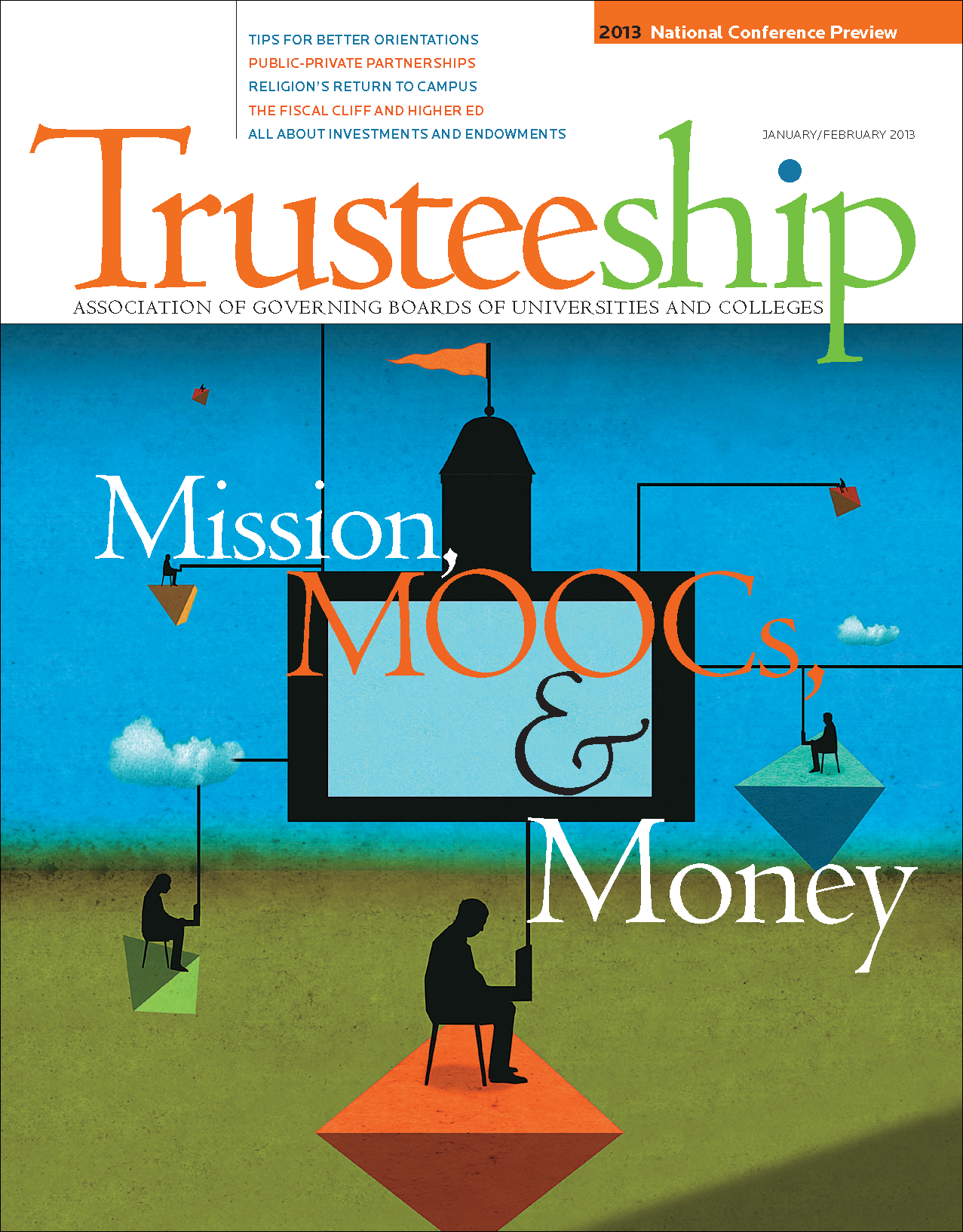 In higher education boardrooms all across the country, people are grappling with what the advent of MOOCs—massive open online courses—means to their institutions. Campus officials and board members who want to develop or expand online education efforts would do well to take a long-term, strategic view of issues and opportunities.

After decades of largely ignoring the subject, colleges and universities across the country are re-engaging religion. The authors of No Longer Invisible: Religion in University Education describe what they learned about religion’s new visibility and point out the key educational questions that religion raises for board members and other leaders at colleges and universities.

Among all the programs and events that a college or university conducts in a given year, the orientation of new board members probably ranks relatively low in the amount of attention and planning it gets from top administrators. But the strength of a board depends on an effective orientation (and continuing education) program.

What Board Members Say about Trustee Education
By William M. Griffin and Rebecca S. Lake

Public institutions have never been under more pressure to find alternative sources of revenue to help close the resources gap resulting from lower state appropriations. Trusteeship asked leaders at public institutions in two different cities to describe how public-private partnerships are helping further their goals.

Public Policy Update
Coming in 2013: A Year of Cliff Dwelling for Higher Education
By Terry Hartle

Focus on the Presidency
The Shapes of Learning
By Bobby Fong

A Question For…
John Griswold
What Should We Know About Investments and Endowments?