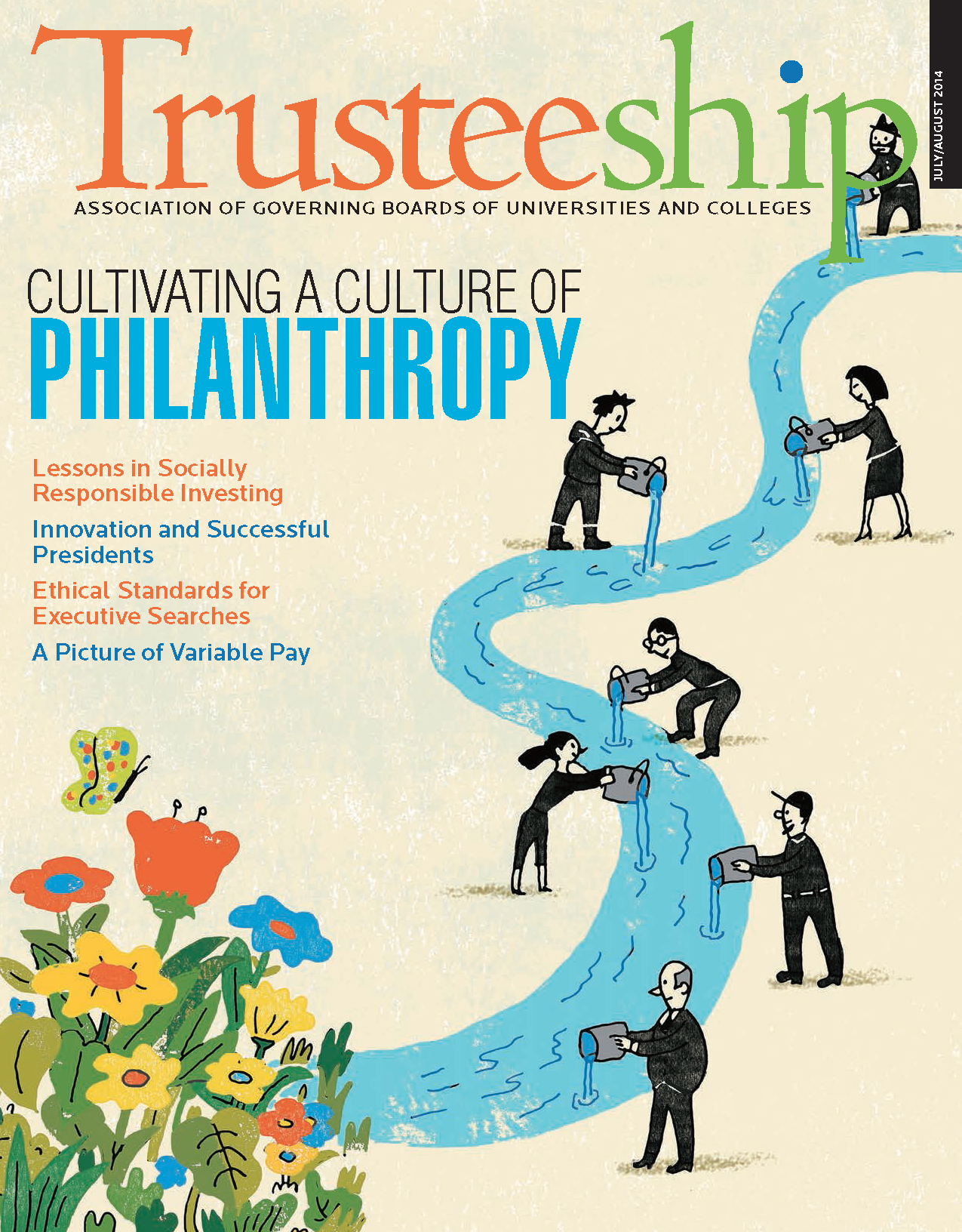 Boards today must ask not only how much money their college or university is raising, but also how to help create the institutional conditions that encourage philanthropy.

Cultivating a Culture of Philanthropy: How Boards Can Make a Difference
By James L. Lanier and Peter N. Smits

Research suggests that donors increasingly want to see the direct impact and results of their gifts. Thus, institutions that perform well in the philanthropic arena pay attention to good storytelling.

In 2013, the San Francisco State Foundation became the first American public university to limit direct investment in public companies that are fossil-fuel producers. How should other institutions that are considering the same action frame the issues so as to make the best possible decision?

The interplay, if not interdependence, of leadership and innovation is essential to the future of our institutions. Five college and university presidents tackled that topic during a plenary session at AGB’s National Conference on Trusteeship.

In the evolving, and highly competitive, enterprise of higher education executive search, unseemly practices have surfaced. How has the scene been set for such infractions, and how can governing boards guard against them?

Datafile
A Picture of Variable Pay
By Kristen Hodge-Clark

Legal Standpoint
Board Member and Legal Counsel: Some Suggested Rules of the Road
By Lawrence White

Focus on the Presidency
The True Promise of Tennessee’s Promise
By John C. Morgan

View from the Board Chair
Navigating Accrediting Issues with a New President and Board Chair
By Wesley T. Dellinger

A Question For…
Arthur F. Kirk Jr.
What Effect Is Increased Oversight of Higher Education Having on Institutional Costs?