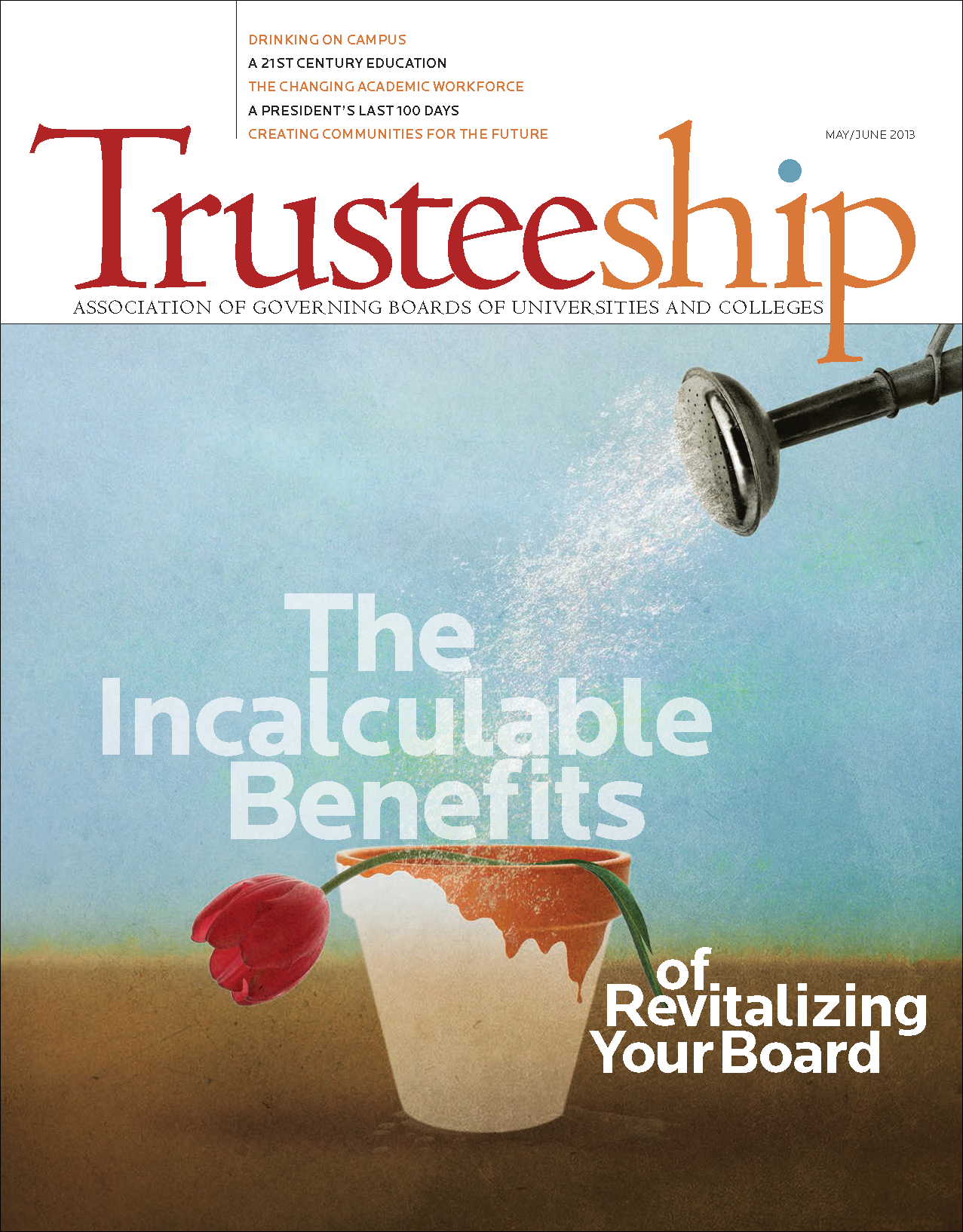 The Incalculable Benefits of Revitalizing Your Board
By Rev. Dennis H. Holtschneider, C.M

DePaul University restructured its board, enabling it to play an important role in the institution’s growth and academic rise. Its president shares some lessons to help other boards as they lead their institutions through rapid and dramatic change.

The Changing Academic Workforce
By By Adrianna Kezar and Daniel Maxey

Among the many challenges facing college and university boards, one set of issues often is overlooked: those involving employment of non-tenure-track faculty members and the policies and practices shaping their work. Boards should take a leadership role in efforts to determine how these policies and practices affect the attainment of the institution’s and students’ goals.

The Outsourced Chief Investment Officer: A Remedy for Your Endowment’s Fiduciary Fatigue?
By David W. Bahlmann, Peter F. Campanella, and Thomas B. Heck

How can boards best meet the financial needs of their institu-tions while complying with a myriad of fiduciary responsi-bilities? Representatives of Ball State University Foundation describe some considerations they weighed during a study of whether to adopt a new investment process.

The Last 100 Days of a Presidency: What Boards Need to Know and Do
By Sandra S. Johnson and Peter Eckel

A Steep Price to Pay for Short-Changing Education
By Robert M. Gates

Former Secretary of Defense Robert M. Gates discusses how shortchanging education, research, and other investments in the future will lead to the decline of America’s quality of life, standards of living, and global influence.

Focus on the Presidency
Creating Communities for the 21st Century
By Rebecca S. Chopp

View from the Board Chair
Forging Effective Relationships between University and Foundation Boards
By Kathleen S. Mehfoud

A Question For…
Thomas K. Hyatt
What Challenges Do Boards Face in Setting the President’s Compensation?