Hit enter to search or ESC to close
Home > Blog Posts > Another Day, Another Scandal, and Another Wake-Up Call for College and University Boards

Another Day, Another Scandal, and Another Wake-Up Call for College and University Boards

By Richard D. Legon June 25, 2019 May 11th, 2021 Blog Post
Home > Blog Posts > Another Day, Another Scandal, and Another Wake-Up Call for College and University Boards 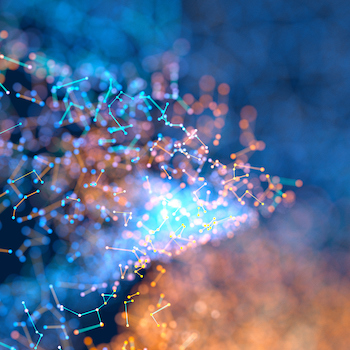 As the court proceedings and fallout from the Varsity Blues college admissions fraud and racketeering scandal continue to make headlines across the country and around the world, the public sees yet another reason to distrust institutions and higher education itself. This is only the latest in a series of scandals in which too many colleges and universities have been caught up—from athletics scandals and episodes of financial mismanagement to tragedies related to Greek life and cases of sexual assault and harassment. It should surprise no one that the reputation of higher education is underwater with internal and external stakeholders alike.

Although these high-profile scandals actually involve relatively few institutions, it is nearly impossible for any college or university to avoid being tainted because taken together, all of these incidents uncover a central truth: The public doesn’t trust us to do basic things well, doesn’t believe us when we say we treat everyone the same, doesn’t extend to us the benefit of the doubt that despite these headline-grabbing incidents, we’re still a force for good in society. And when it appears that colleges and universities cannot competently manage their own affairs, the task of advocating for more financial support, tuition increases, and less regulatory scrutiny becomes all the more difficult. Regrettably, public attention is seldom attracted by news of the important achievements of higher education—the students we graduate who go on to play key roles in the research and innovation of the 21st century workplace.

If we recognize the reality that our institutions are publicly supported corporate entities—businesses that are expected to serve the public interest, recipients and guardians of public and private investment—then the logical question is whether the higher education business model is working. The response from Congress and some state legislatures reflects the public’s doubts about the sector, which are further exacerbated by issues related to cost, affordability and student debt.

The organization I lead, the Association of Governing Boards of Universities and Colleges, works with higher education leaders—the citizen trustees who connect the colleges and universities they serve with the general public, and the presidents who face 24/7 pressures that are constantly changing. The 300-year history of institutional governance in American higher education is often predicated on who is responsible for what and how that responsibility manifests itself.

There is not sufficient room here to unpack the distinct roles of governing boards and presidents. But in the current environment, we need a debate about the guardrails of leadership. We need to recognize that the responsibility for leading higher education out of the current crisis of public confidence falls squarely within the scope of board accountability.

For those of us in the industry, it’s tempting to note that Varsity Blues is an anomaly in terms of press coverage, the result of a perfect storm of high-profile, prestigious institutions and Hollywood stars behaving badly. And yes, admissions standards and processes have long been obscured from public view, shifting according to the needs of our institutions and the priorities of our leaders, and subject to leverage and influence, at times by board members themselves.

Despite all that, it is safe to assume that since the FBI unsealed indictments of parents and coaches in Boston in March, every college and university governing board has engaged in a rather direct conversation: Are we at risk of being implicated in the growing scandal related to fraudulent admissions? That is a fair question, but perhaps not the most pressing one. We must address the challenges of public perception head on, and ask “Are we as board members fully cognizant of our responsibilities and are we meeting them in a sustained way?” Good governance is not about stepping up after a scandal breaks, but rather about consistently fulfilling the board’s fiduciary responsibilities. Whether it entails monitoring a risk register or being comfortable asking uncomfortable questions, boards have a duty—indeed, a legal obligation—to know what is going on and to determine for themselves what they need to know. Assessing risk is part of the job of an effective governing body.

Ultimately, the reputation of the institution is at stake. Institutional leadership that does not attend to the big issues and ask the most meaningful questions can fall into the trap of being led, rather than leading, and can miss important challenges. It is hard to regain trust and restore a reputation once they are lost. This latest scandal, an embarrassment for all of higher education, should serve as a wake-up call for all institutions.

Richard D. Legon is President of the Association of Governing Boards of Universities and Colleges. He serves as a trustee on the Board of Spelman College.