Hit enter to search or ESC to close
Home > Blog Posts > Can College Sports Be Justified as Part of the Academic Mission of Colleges and Universities?

Can College Sports Be Justified as Part of the Academic Mission of Colleges and Universities?

By Carol A. Cartwright October 6, 2022 Blog Post
Home > Blog Posts > Can College Sports Be Justified as Part of the Academic Mission of Colleges and Universities? 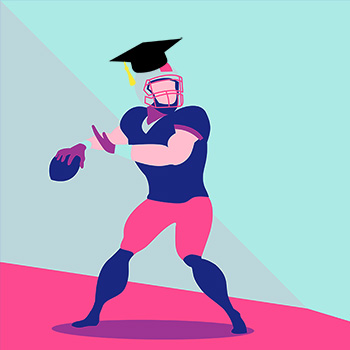 Anyone following the national press about intercollegiate athletics knows that there are big changes playing out in this arena. Institutions are grappling with how to manage issues around Name, Image, and Likeness (NIL). Based on the involvement of boosters and collectives, many believe NIL practices have crossed the line into pay for play. Others disagree. Nevertheless, the perception is growing that some college sports, especially football, look more like professional sports with every passing day.

The transfer portal is enabling athletes to be more in charge of their lives by deciding if they want to transfer without the penalty of sitting out a year. When it is combined with NIL practices, it, too, threatens the collegiate model.

The NCAA is engaged in serious conversations about transforming governance for intercollegiate athletics, but the details are still sketchy about the models that will be recommended, and many think it will be more of the same with big-time football controlling the agenda.

Some institutions have or are considering membership in new conferences, and their goals seem to be mostly financial. Where can they go to get the most return on their investment? Are the effects on their student athletes being appropriately considered? Is the focus on financial gain healthy for the future of college athletics? Who is guiding the discussions?

Amid these discussions and activities, an essential question revolves around the role of governing boards in making these decisions. As fiduciaries, boards are ultimately responsible for their intercollegiate athletics programs. I have written in previous blogs about the need for boards to ensure that they are more than fans; they must accept their fiduciary responsibilities. Now, I write to share an important conversation during a recent AGB Council of Presidents meeting.

The council members know that regardless of the uncertainties and challenges, they, as presidents and chancellors, have an obligation to ensure that their boards understand why their colleges and universities are sponsoring intercollegiate athletics. Clarity about this most basic question of mission is essential because understanding the purpose drives other decisions.

The council was fortunate to be joined in our discussion by Gabe Feldman, a professor of law and a professor of sports law, and the director of the Sports Law Program and a codirector of the Tulane Center for Sport at Tulane University. Professor Feldman began our discussion with the most fundamental question for boards and presidents: Can college sports be justified as part of the academic mission of the institution?

His provocative answer was “It could be.” He quickly added, however, that he wondered if “It can be” in the current environment. He noted that the discussions and actions in the Football Bowl Subdivision (FBS) of the NCAA are driving the train, but everyone else is on the train and it is moving us further away from a collegiate model.

Professor Feldman questioned if and how college sports could be part of the college curriculum. He suggested that now is the right time to ask and answer these questions because of the current crisis in college athletics, the desires of traditional-age college students to study more practical subjects, and the growing body of research that supports the value of experiential learning.

Rather than viewing athletics as an extracurricular activity, he proposed thinking about college sports as integral to institutional mission. Two key questions arise when taking this view: 1) Is it desirable to see sports as integral to mission? and 2) Is it feasible? We didn’t take a vote, but I believe the council members would have answered “Yes” to the first question and “I’m not sure” to the second.

Professor Feldman recently published a position paper (see reference at the end) that lays out his proposal for reimagining the role of college sports in our colleges and universities. He advocates for “. . . creating rigorous, formalized, and structured academic programs centered on the athletic participation in sports by the athletes themselves.” The two key ideas in his proposal are to provide academic credit for athletic performance—aligned with how academic credit is given for music and theater performance as part of the college curriculum—and to create a course of study “. . . centered on the literacy embedded in sports through plays and other sports ‘texts’.”

Professor Feldman points out that valuing the educational components of participation in college sports “. . . can help solidify the distinction between college and professional sports, a distinction that is at the heart of ongoing legal attacks to the intercollegiate model.” In other words, the more professionalized college sports become, the harder it is to justify the model of the student athlete.

In a detailed and scholarly analysis, Professor Feldman provides a review of the role athletics has played in higher education over time, including recognition by the ancient Greeks that athletic participation is a key part of an education. Criticisms of the disconnect between college and athletics emerged as far back as the late 1800s. The tension between commercialization and education is not new.

However, the tone of the debate about whether college athletes are truly students has changed recently, especially as high-profile cases about academic integrity have threatened to undermine a concept of amateurism and the educational model.

Professor Feldman proposes that the pedagogical value of athletic performance is worthy of more serious study. I don’t have space to detail the complete rationale, but I recommend a thorough reading of his proposal. It is well-reasoned and supported by research in appropriate fields. A key part is that academic credit could be provided for college athletics in the same way that music students (and others studying performing arts) earn academic credit for learning to play their instrument, and for practicing and performing in college music groups. In his view, this approach would treat intercollegiate sports as a rigorous academic discipline centered on performance just like the disciplines of music, dance, and theater.

The performance aspect would also be integrated with what Professor Feldman calls “writing and literacy” in college sports. Essentially, he advocates that we should strive to understand how “. . . college athletes currently engage with, write, study, understand, and perform text during practices, film study, and games.” He looks at the way scripted plays are used in football and basketball and suggests there is “. . . untapped pedagogical value in asking how these scripted plays are created, written, communicated, learned, and executed and how these plays can be used to provide educational opportunities through intercollegiate athletics.”

The Council of Presidents engaged in a robust discussion about the proposals themselves and about how their governing boards might engage with such concepts. They were intrigued but also quite skeptical.

Some mentioned the ongoing challenge of keeping the board in its proper lane of governance rather than management—an issue that is not unique to athletics. Although it might be exacerbated because of the tendency by some board members to be fans first.

They could see positive discussions based on other board reviews of engaged learning, high-impact practices, and interest in applying knowledge in real-world situations. They also saw value in thinking strategically about promoting values of health and well-being.

They noted, however, that there was a considerable list of problems. Front and center would be pushback from faculty even though faculty generally support curriculum in the performing arts.

Some presidents felt that their boards would have a significant negative reaction to providing academic credit for athletic participation. Delving deeper into the reasons, some said that institutions had worked too hard to build up significant academic reputations and the proposed approach might tarnish them. Another perspective was that there is still a hangover effect from stories about athletes being clustered in so-called easy majors.

Several presidents did, however, indicate they would be interested in exploring ways to enhance the educational opportunities centered on the sports industry, including sports analytics, sports law, and other aspects of the sports industry that can be important vehicles for teaching a broad array of academic subjects.

It was clear from the wide-ranging discussion that council members are very engaged with their boards in thinking about both their present circumstances and opportunities for the future regarding college athletics. Several noted that they have developed a master plan for athletics that takes a holistic view and considers community and culture as well as mission.

Yes, they see athletics as woven into overall institutional mission, but giving credit for athletic performance seems a bridge too far. I sensed enough interest among some members that some consideration of a minor in athletic performance coupled with a major in a field like sports management would be worth exploring. Like many ideas that seem unrealistic at first, this may take root and some courageous institution might step out and get serious about implementing some aspects of Professor Feldman’s proposals. I hope so. It would be a worthwhile experiment.

Carol A. Cartwright, PhD, is an AGB senior fellow and senior consultant and the ambassador to the Council of Presidents. 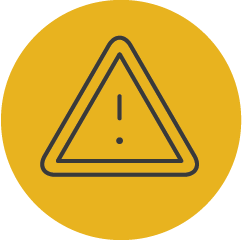 AGB Policy Alert
Supreme Court Rules against NCAA in Student-Athlete Compensation Case, and the NCAA Votes to Allow Athletes to Benefit from Their Names, Images, and Likenesses

Trusteeship Magazine Article
Why Boards Shouldn’t Be Spectators for Athletics

Tools and Toolkits
Board Responsibilities for Intercollegiate Athletics Toolkit