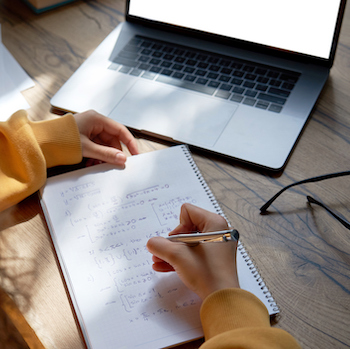 Many campuses are turning to virtual commencements to celebrate the class of 2020 and developing plans to hold in-person events later in the year due to the COVID-19 pandemic.

For many institutions, figuring out whether to cancel commencement involved a careful balance between waiting as long as possible and still giving students and their families enough notice to make plans. Ultimately, the health and safety of students and staff at a time when large gatherings are prohibited made the answer clear.

“In considering what to do regarding commencement, we first wanted to assess the likelihood that a safe return to campus for a large event in May would even be possible,” said Gregory Crawford, the president of Miami University in Ohio.

After working with Ohio’s Department of Health and local health officials, the university administration decided to cancel its traditional commencement when it became clear that the pandemic wouldn’t be over in a few weeks. “Because safety is paramount, canceling the May in-person ceremony, although disappointing to many…was the right decision,” Crawford said.

Miami University will hold its virtual commencement on May 16 with an in-person gathering tentatively scheduled for September. More than 25,000 people normally attend Miami’s graduation ceremonies.

Crawford said that the Miami University Board of Trustees delegated his leadership team the authority to manage university operations, including the timing and plans for commencement. “Before announcing the decision, we shared it with the trustees so they would be aware in advance of the public announcement,” Crawford said. “We believe our decision to provide a virtual recognition of our graduates on their official commencement day in May, in addition to the in-person experience when it is once again safe to assemble, struck an appropriate balance with Miami’s culture and was in keeping with the overall guiding principles the trustees expect Miami’s leaders to implement.”

Jodi Horner, the president of Midland University in Nebraska, said she held out for as long as possible before making the call to cancel her institution’s traditional commencement. “Once we figured out the writing on the wall, we wanted to act quickly to let our students and their parents know,” she says.

She made a video sharing the announcement with the senior class. They now plan to hold the virtual ceremony on the original date on May 16, and then invite the seniors to walk in Midland’s commencement ceremony in December 2020.

Senior leadership at West Virginia University (WVU) has made a similar choice. The university announced on March 25 that it will hold its virtual graduation on May 16 and has postponed its traditional ceremony until December 19.

“[Commencement] is one of my favorite times of our academic year, and I cannot imagine not having that moment to share with our students,” said President E. Gordon Gee. “At the same time, we had to balance the very real and ever-evolving situation with the pandemic. The safety of our campus community is our first and foremost priority.”

At Portland State University, a university-wide committee made the recommendation to cancel the in-person graduation.

Board Chair Gregory Hinckley said that commencement has particular significance for students attending public institutions like Portland State because of the large number of first-generation students and others who work full time. “The achievement of such students deserves great ceremony and public praise,” he said. “But this year it will not be, because in the circumstances it cannot be, except in the hearts of family, friends, and the many admirers of these graduates.”

Figuring out the Details

In the meantime, institutions are looking at virtual events to offer some recognition to graduates as they wrap up their senior year from afar. “We wanted to celebrate our graduates on the day that they should have been walking across the stage,” Gee said.

Horner said they are still figuring out the details for Midland’s virtual commencement. They might do a live ceremony where she and the provost might dress in their regalia and read names, and then feature a photo of each student. The other option is to record a video that is available on demand. The university is also sending out gift packages to all seniors that will contain alumni T-shirts, caps and gowns, and cords so they can celebrate at home. Midland provides iPads to all of its students, so Horner added that she’s confident that students will have access to the technology they need to participate in the virtual ceremony.

WVU’s university relations team will be working with a third-party vendor to produce the virtual ceremony, which will include prerecorded remarks from the president and provost. Graduates will be able to submit short videos, photos, or messages in advance that will be formatted into individual “clips” and available for them to easily share with friends and family via email and social media after the virtual ceremony.

Miami University has engaged its Emerging Technology in Business + Design department to help create and plan the virtual event.

Although senior leaders acknowledge the importance of recognizing seniors on the day of their planned graduation, they also understand that virtual celebrations cannot replace in-person gatherings. As Horner put it, “I want to shake their hands.”

Miami University will be bringing the class of 2020 back to campus for a weekend in the fall.

The weekend will include all divisional recognition ceremonies, where the graduates will gather with their friends, families, and loved ones to have their names called and to cross the stage. They will invite members of the class of 2020 to gather on the field at the end of the game, wearing their caps and gowns.

Many institutions have previously live streamed graduation ceremonies for people who were unable to attend, but an entirely virtual commencement is new territory for most. “We have livestreamed commencement, but that is such a different experience than hosting a virtual one that we don’t feel as if the experience will help us very much. We view this as a first endeavor!” Knepfle said.