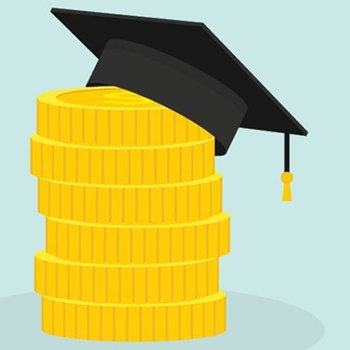 During the pandemic, alumni engaged with their alma maters at record levels. The virtual world made it easier than ever for alumni to participate in events regardless of location. Advancement organizations captured the mindshare of alumni who had never engaged before and doubled or even tripled attendance over prior years.

On the other side of the advancement organization, major gift officers (MGOs) struggled to engage new prospects. It was difficult to establish relationships over video, and qualification numbers decreased significantly at many institutions. About 32 percent of institutions from a recent EAB survey saw year-over-year qualification decreases in the double digits.

To develop the major gift pipeline for FY 2022 and FY 2023, MGOs can leverage the success of engagement programming by identifying warm prospects who are ready to be further cultivated. Leaders must act quickly to avoid squandering this opportunity to capitalize on prospect mindshare. In the virtual era—and as we return to the “new normal”—institutional affinity must take the place of cold calling.

Step 1: Proactively source major gift leads from events.
If a potential major gift prospect engages with the institution, make sure MGOs or qualification officers know about it.

There is often a disconnect between alumni engagement and major giving, but tasking one person to screen event attendance lists to surface warm prospects is a straightforward solution that innovative leaders have begun to deploy. Screening lists for rated prospects is more important than ever in a virtual environment where staff can’t connect one-on-one with attendees to assess potential major gift capacity.

Forward-thinking chief advancement officers are putting this strategy into practice by assigning the responsibility of surfacing prospects from event lists to prospect managers or alumni relations staff.

Step 2: Arrange for development officers to reach out before the warmth fades.
Event attendance warms a prospect and reveals their interests, which makes it easier for MGOs to establish a relevant connection. However, prospects only remain warm for a short time, so MGOs should promptly capitalize on post-event mindshare and reach out quickly.

One university, for example, is helping its MGOs prioritize which prospects they should contact first with a post-event survey that solicits feedback from attendees about how they would like to engage with the institution in the future—philanthropically or otherwise. Prospects who report philanthropic interests jump to the front of the major gift qualification queue.

Step 3: Create “expiring offer” urgency to drive visits.
Qualification visits in a virtual world lack urgency for many prospects. In the past, MGOs presented prospects with a limited time opportunity to meet while they were in town, but now meetings can occur anytime thanks to Zoom. The ease of “hopping on Zoom” paradoxically reduces the urgency to meet within a specific time frame.

A college in the Southeast is reintroducing urgency by creating limited-time opportunities to speak with campus partners. If a dean or athletic coach who interests the prospect has only a few days set aside for meetings, it motivates the prospect to promptly accept the invitation. Prospects are further enticed by access to campus leaders who are relevant to their interests.

Translating record alumni engagement into major gift prospects is essential for meeting growing fundraising goals. Advancement teams that successfully make up for lost time on qualifications will be well-positioned to sustain pipeline growth in the future.

Nancy Asplund is a senior research analyst at EAB.

Infographic: How to find the next generation of major gift donors

Blog: Before you rush to hire a new annual giving leader, make sure you are prepared

Blog: Get the competitive edge in advancement’s new hybrid environment

With Thanks to AGB Sustaining Sponsor: EAB 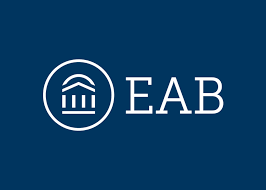 Book
Strategic Thinking and Planning in Higher Education: A Focus on the Future