Download the 2023 Foundation Leadership Forum mobile app to access the most up-to-date schedule, connect with colleagues, build a personal agenda, and more.

Connect and build partnerships for success.

AGB’s Foundation Leadership Forum is the only national convening that brings together board members, chief executives, and other senior staff of college and university foundations along with a distinguished group of industry thought leaders. The Forum affords a unique opportunity for foundation leaders to:

Strengthen the Board-CEO Partnership
and Focus on Strategic Outcomes
Foundations use the Forum as a leadership retreat, enabling board and staff leaders to spend time together exploring questions and issues that may not make it onto regular board agendas, frame annual plans, and identify strategies to strengthen board governance and enhance foundation performance.

Learn from Industry Experts and
Higher Education Thought Leaders
The Forum brings together a diverse range of highly experienced foundation staff and volunteers along with other experts in higher education governance, endowment management, fundraising leadership and strategy, public policy, and other issues of concern to college and university foundations.

Build a Peer Network
Workshops for foundation board and committee chairs, closed door sessions for new and prospective foundation chief executives, peer group discussions for foundations of different types and sizes, along with meals and social events, provide ample opportunities for Forum attendees to meet and learn from colleagues from across the country.

Hear about the value of Foundation Leadership Forum from those who have attended. 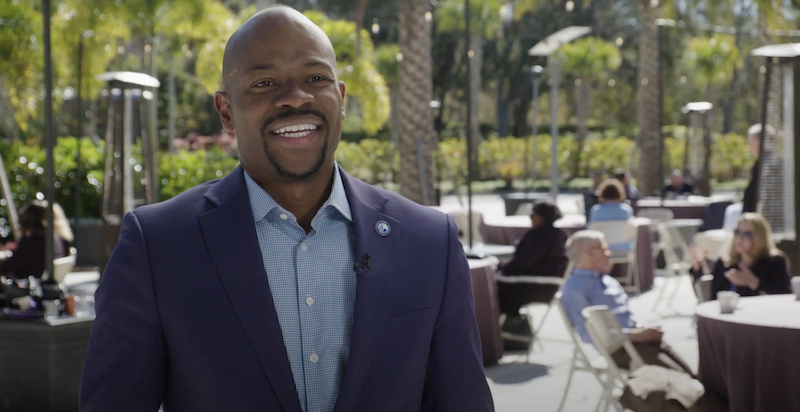 Hear from 2022 Foundation Leadership Forum attendees
about their experience—and why they will be back.

The 2023 program will address the full range of foundation responsibilities and functions, including:

Click here to learn more about the Keynote Speaker

The first Latina to serve as president of a U.S. college or university, Julieta Villarreal García was named president of Texas Southmost College in 1986. She spearheaded the creation of the University of Texas at Brownsville in 1991 and served as its president for 22 years, graduating over 40,000 students and leading the design and establishment of the Brownsville campus.

In Washington, DC, she served on the Clinton and Obama presidential transition teams, chaired the Advisory Committee to Congress on Financial Aid, and in 2021, served on the panel to select White House Fellows under President Biden.

After the election of President Nelson Mandela and the end of apartheid, García was selected to work in South Africa to help integrate higher education. She has served on the boards of the Carnegie Foundation for the Advancement of Teaching, the Robert Wood Johnson Foundation, and the Ford Foundation. She currently serves on the board of UT Austin’s Lozano Long Institute for Latin American Studies and the College of Education Advisory Council, Audubon Texas, and Catholic Charities of the Rio Grande Valley. Annually, she lectures at the Harvard Graduate School of Education’s Institute for Educational Management program for professionals seeking to become university presidents and with HACU – Hispanic Association of Colleges and Universities Leadership Academy.

In 2009, Time magazine named García as one of the Top 10 College Presidents in the United States and in 2014, Fortune magazine recognized her as one of the World’s 50 Greatest Leaders. She has received honorary doctorates from Notre Dame University, Brown University, Smith College, and Princeton University. In July 2022, President Biden awarded her the Presidential Medal of Freedom.

Register as a group and save.

Reserve your spot now. AGB members attending as a group should register at the same time for the best rate.

Special Offer for Foundation Board Professionals

*Member exclusive pricing.
**Three or more, members only. All members in the group must be registered at the same time.

This program is available only to registrants who are serving a higher education institution or foundation. Please contact registrar@agb.org with any questions.

All cancellations and requests for refunds must be submitted in writing to cancellations@AGB.org and will be processed after the meeting. Requests for refunds must be received by close of business on January 4, 2023, to receive a full refund minus a $25 cancellation fee. No refunds will be issued for registrants who cancel after January 4, 2023. If you are unable to attend, a substitute is welcome in your place at no additional charge. AGB is not responsible for cancellations due to airline disruption, inclement weather, COVID-19, or schedule changes.

Group Discounts: If a cancellation causes the group to fall below the required three registrations, the refund will be issued minus the discount benefit received by the original group.

AGB has secured a room block at the San Antonio Marriott Rivercenter for Foundation Leadership Forum attendees at a group rate of $219 per night (exclusive of 18% taxes). Registered attendees will receive a link to book their hotel reservation.

AGB encourages all conference attendees to review and follow CDC recommendations for individuals participating in large gatherings. AGB will comply with current federal, state, and local regulations regarding COVID-19 safety protocols and applicable policies of the San Antonio Marriott Rivercenter. We will contact conference participants prior to the event with information on the most current recommendations and requirements.

Serving as part of the Forum faculty provides a great opportunity to engage board members, showcase the work of your foundation, and connect with other foundation leaders on issues of common interest.

If you have questions about participation in the Forum please email foundations@AGB.org.

View our 2023 sponsors and see how you can support the Foundation Leadership Forum.

AGB is committed to excellence in member service. Should you have questions about registering for the Foundation Leadership Forum, contact the AGB registrar.

Become a Member and Save

If you currently are not an AGB member but want to take advantage of member pricing, contact Matt Stevens, director of membership outreach.

All other inquiries may be directed to the AGB concierge.