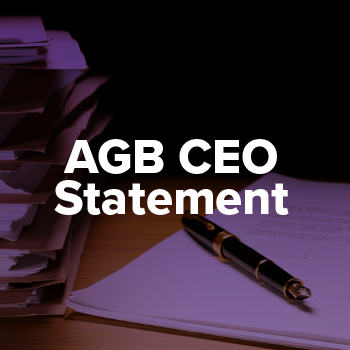 “We are elated about the U.S. Supreme Court’s decision to uphold the Deferred Action for Childhood Arrivals (DACA) program. AGB has long held that ending DACA would be incredibly detrimental to nearly 700,000 DACA recipients, their families, higher education, and society at large.

The court’s majority opinion, written by Chief Justice John Roberts, held that the Trump administration’s attempt to rescind the program was arbitrary and capricious, and that the Department of Homeland Security inadequately justified its reasons for ending the program. As important as these legal issues are, we emphatically stress that these young men and women—who are appropriately called “Dreamers”—are part of the fabric of our communities. Many of them have benefitted from our colleges and universities and are contributing meaningfully to our society, including as front-line health care providers and other essential workers. In addition, they account for over a quarter of a trillion dollars in economic growth. Most of all, their participation in this nation’s colleges and universities diversifies and strengthens our campus communities. AGB recognizes the contributions of DACA students, and we stand in solidarity with these individuals and our members.

While we appreciate this victory, it’s clear that the legal challenges surrounding the Supreme Court’s decision demonstrate the need for further action. We strongly urge Congress to enact bipartisan legislation that permanently allows DACA recipients to continue to participate in, contribute to, and elevate our society.”