A Road Toward Racial Equity and Justice through Philanthropy 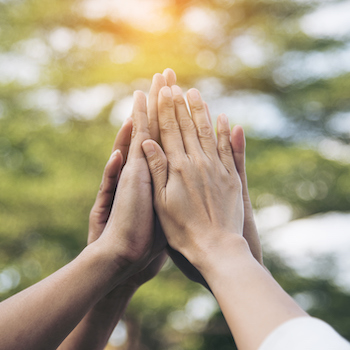 The wealth gap between Black and White Americans is persistent and extreme. Scholars and journalists—including Pulitzer Prize-winning reporter and scholar Nikole Hannah-Jones and colleagues in the New York Times “1619 Project”—note that this chasm results from the accumulated effects of four centuries of White supremacy and institutional and systemic racism. The net wealth of the average Black family in the United States is approximately one-tenth of a White family’s wealth. And, there is no sign of change. Economists at the Federal Reserve Bank of Minneapolis concluded “that virtually no progress has been made over the past 70 years in reducing wealth inequality between Black and White households” (Kuhn, Schularick, & Steins, 2020, p. 3,500). The racial wealth gap, combined with continued systematic oppression and institutionalized racism, has fed into a societal-advantage gap that has resulted in disparate access to and outcomes in education, healthcare, jobs, housing, criminal justice—and much more. This reality raises important strategic questions for those responsible for stewarding fundraising and investment functions in support of colleges and universities.

Although these figures only account for 2.5 percent  of the overall wealth expected to change hands, John Havens and Paul Schervish (2005) from the Boston College Center on Wealth and Philanthropy estimated that between 2001 and 2055 U.S. Black communities will transfer intergenerationally between $1.65 trillion and $5.11 trillion (2021 dollars) in wealth.

What does this wealth gap and impending generational wealth transfer mean for philanthropy?

It is complicated and frustrating. Edgar Villanueva (2021), in his book Decolonizing Wealth, argues that the wealth gap translates into a racial philanthropy gap. This philanthropy gap is a direct result of who controls wealth and therefore, the greatest amount of philanthropic dollars. He argues that White people’s control of philanthropy minimizes donations to groups run by people of color for the benefit of communities of color. To further illustrate this point, despite the growth in the racial justice movement in the midst of both the COVID-19 and ongoing White supremacy pandemics and in response to the brutal killings of George Floyd, Ahmaud Arbury, Breonna Taylor, and countless others, scholars at  the Philanthropic Initiative for Racial Equity found that only 6 percent of philanthropic dollars in the US is devoted to racial equity and only 1 percent toward racial justice (Cyril, et al., 2021).

Despite enormous wealth transfers, these philanthropy, wealth, and societal-advantage gaps will persist until White philanthropists pledge their support for racial equity and racial justice in more substantial ways. So, what can we do as philanthropists, foundation leaders, and academic leaders?

A message to White philanthropists and supporters of racial equity and justice: Don’t be a Philanthropic White Savior. For too long White philanthropists have been paternalistic with their philanthropy—assuming that they know best how to invest their dollars and how to achieve outcomes. Whether it is megadonors like Bill and Melinda Gates acknowledging that their education philanthropy over the last 20 years is not having an impact, or smaller donors who simply think they know best given their unrelated experience, this has too often proven wrong. Be generous and fund racial equity and justice organizations that are run by BIPOC (Black, Indigenous, and People of Color) leaders and that are working directly in communities of color—without strings attached!

Reinhold Niebuhr, in his 1932 book Moral Man and Immoral Society, goes even further. He suggests that some donors—many who are well intentioned— choose only to engage in charity—giving from the haves to the have-nots—rather than actually alleviating the roots of injustice. He argues that “Philanthropy combines genuine pity with the display of power [and therefore,] explains why the powerful are more inclined to be generous than to grant social justice” (p. 127).

However, we might be witnessing new, better, examples. While it is too early to see the impact of MacKenzie Scott’s 2020 philanthropy, giving $5.7 billion to more than 500 organizations, including six tribal colleges, an array of small community colleges, and at least 20 historically Black colleges and universities (HBCUs), it has upended that world of philanthropy. Beyond the fantastic sum and number of organizations impacted, she gave her gifts ‘unrestricted,’ letting nonprofit leaders decide for themselves how and where to use the money, showing that, as a donor, she trusts their expertise. This is a marked change from ‘strategic philanthropy,’ known for philanthropists’ top-down approach and tendency to ignore nonprofit leaders’ expertise.

My own research shows the generosity of BIPOC and other minoritized populations toward higher education. In fact, in a recent study with my doctoral student Chase D. McNamee (2021), we found that Black and multiracial alumni are more likely to give their first gift at an earlier date than other alumni. In other work, I have shown that there has long been a centering of privileged identities (e.g., White, wealthy, heterosexual men) in fundraising research and practice (Drezner, 2011). This centering is due in large part to the significant sums this group donates to higher education on an annual basis as well as large fundraising goals and the need to maximize support amid limited resources (Langley, 2020).

Yet centering only on the privileged decreases the likelihood that marginalized alumni will donate (Drezner, 2018).

If we really want colleges and universities to be engines for racial equity and justice going forward, then we must begin by centering BIPOC people in our work and letting them lead.

Noah D. Drezner, PhD, is a professor of Higher Education, Program Director of the Higher and Postsecondary Education Program, and Principle Investigator of the new Tzedakah Lab at Teachers College, Columbia University, and the founding editor of Philanthropy & Education (Indiana University Press). His work is based in identity-based philanthropy and focuses on how a person’s social identities affect their giving and ways institutions can engage their alumni in more inclusive ways. He will speak as part of the opening plenary session of the AGB Foundation Leadership Forum on January 30, 2022: “Transformational Giving: Donor Motivation in the 2020s.”