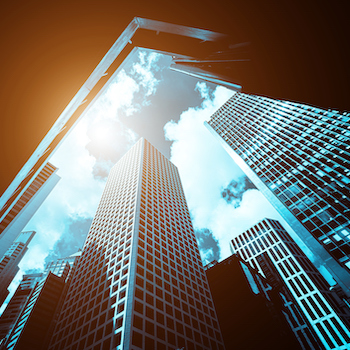 For an endowment or other perpetual pool of capital, the ability to grow the portfolio, net of spending, expenses, and inflation, is critically important to supporting future generations. Despite predictions in recent years of a “low return environment” that could limit that growth, the bull market that began in 2009 continued through 2021, with only a brief pause at the onset of the COVID-19 crisis. Endowments have benefited, earning 8.3 percent over the past decade, and 11.7 percent from 2019 to 2021, the highest growth over a three-year window since 2007. With core inflation averaging close to 2 percent during those periods, returns outpaced spending, inflation, and expenses.[1]

Endowments face a different landscape in 2022. With inflation spiking to 40-year highs and recession fears increasing, endowment and foundation boards may need to consider the impacts associated with a “low real return environment,” with the term “real” referring to returns adjusted for the impact of inflation. Assuming 5 percent spending and expenses[2] and 3.0 percent inflation (the level the market is currently projecting for the next five years[3]), a portfolio would have to return 8 percent just to break even from a real return perspective. If we look in the rearview mirror, 40 percent of endowments would have failed to earn a return above 8 percent over the prior 10 years—a strong period for markets—and more than 70 percent would have failed to do so over the past 20 years.[4] Of course, actual inflation was lower (closer to 2 percent) during those periods, moving the return benchmark closer to 7 percent. Even so, data suggest that endowments still went through extended periods with negative real returns, net of spending and expenses, as shown in the chart below.[5]

If higher inflation persists, endowments and foundations may be challenged to generate positive real returns for extended periods. Boards and investment committees may need to adjust their endowments’ investment programs to preserve intergenerational equity. We offer these five suggestions for consideration:

Since the great financial crisis in 2009, returns have been boosted by a benevolent combination of low interest rates, low inflation, and high levels of stimulus, all of which pushed equity and fixed-income markets higher. However, with inflation hitting levels not seen in over 40 years, the market environment appears poised for a pronounced regime change. Institutional investors should be prepared to meet the challenges that a low real return environment presents.

Darren Myers is a partner and director of research at Agility.

DISCLOSURES:
Perella Weinberg Partners Capital Management LP (“Agility”) is a registered investment adviser. All information presented herein is as of the date indicated and is solely for informational purposes. The information may involve our views, estimates, assumptions, facts and information from other sources that are believed to be accurate and reliable—any of which may change without notice. Any assumptions, commentary, thoughts, or ideas where a specific source is not referenced should be assumed to be that of Agility. There can be no assurance that such thoughts will prove accurate or materialize and the commentary is not a recommendation for an investment in any trading strategy or asset allocation.

Past performance is not indicative of future results. Index data is provided to represent the market environment; an investment cannot be made directly in an index. For more information on indices visit https://www.agilitycio.com/index-definitions.

NACUBO data contained herein is published with the permission of The National Association of College and University Business Officers (“NACUBO”), a leading source of information for campus business and finance professionals.  Agility is a corporate partner member of NACUBO and is a sponsor of NACUBO’s 2022 Endowment Leadership Forum. For additional information about NACUBO please see https://www.nacubo.org/. The 2021 NACUBO-TIAA Study of Endowments, which is available for purchase, provides an analysis of endowment investment returns, asset allocations, and governance policies and practices at hundreds of U.S. higher education institutions and affiliated foundations. Certain Agility clients may have participated in the study. For more information, please see https://products.nacubo.org/index.php/leadership/2021-nacubo-tiaa-study-of-endowments.html.

With Thanks to AGB Mission Sponsor: Agility