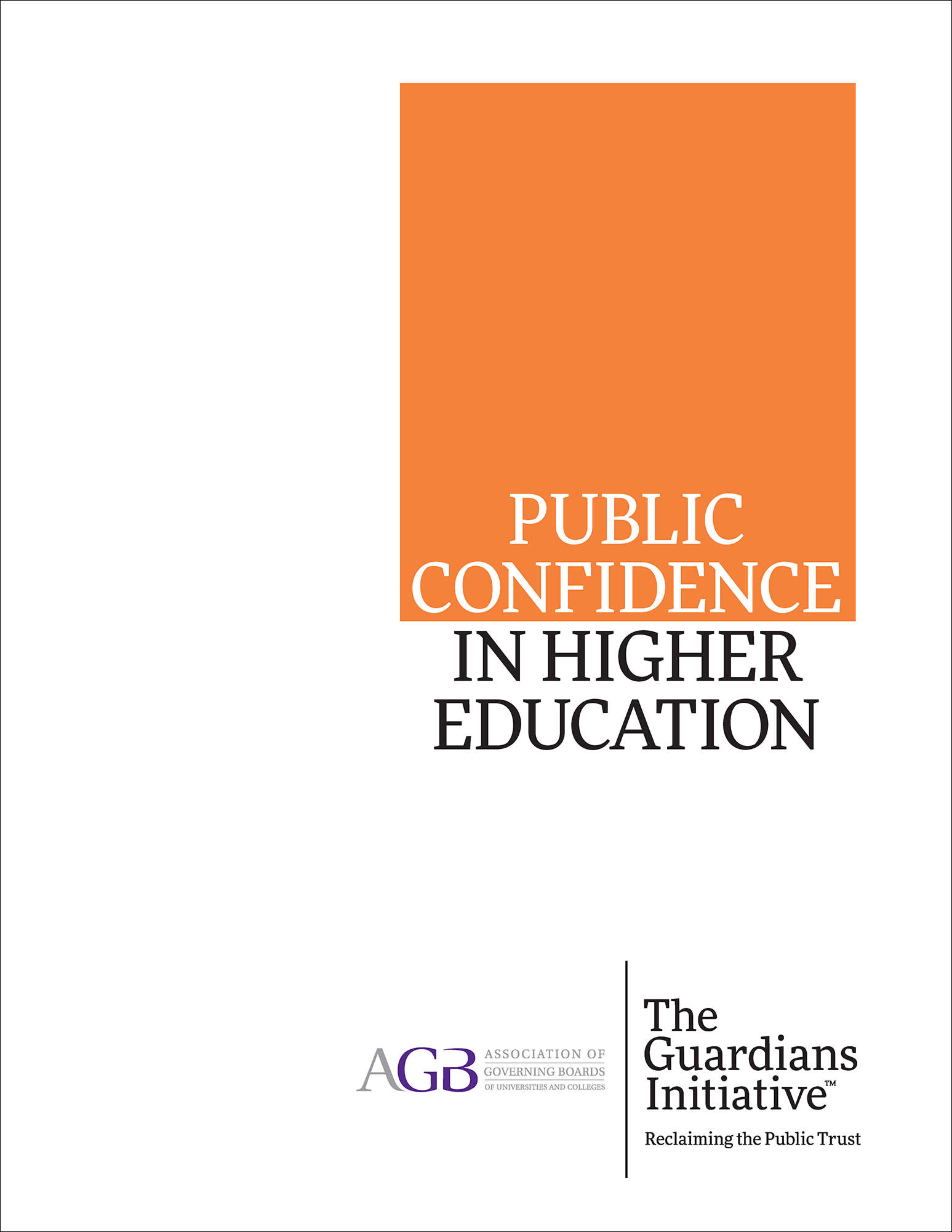 AGB is pleased to share this fourth publication in a series of informational briefings developed as part of The Guardians Initiative: Reclaiming the Public Trust, an effort to educate and engage trustees as advocates on key issues in higher education.

A number of recent reports—some from partisan sources, others from well-regarded independent surveyors such as the Pew and Gallup organizations—suggest that public trust in colleges and universities has declined. In today’s politically fraught climate, such reports understandably alarm college and university board members and other higher education leaders. On closer inspection, however, public attitudes on higher education are more complex, nuanced, and, in some respects, positive than many reports say. There is indeed evidence of diminished public trust in higher education, but the evidence is mixed, its reliability unclear, and its interpretation debatable. Still, many thought leaders sense a decline in public trust in higher education and point to developments such as the first federal tax on some university endowments and continued declines in state funding of public universities as worrisome signs. The issue calls for board members’ attention and response.